IMPORTANT! Order shipments can be delayed due to COVID-19 quarantine

Creatine 101 - Everything you Need to Know

How Creatina helps you enhance your Sports Performance Creatine is a popular supplement that is used to improve sports performance. It's been studied for over 200 years and it's one of the most scientifically-backed supplements on the market.

In addition to improving your overall sports performance, creatine may offer other health benefits. Along this article we'll share all of this juicy info with you! Keep on reading to get all the details.

What does Creatine do? Creatine's main role is to improve energy production in cells. To understand how this works, we must understand something about how our cells produce energy first.

The most basic form of energy in cells is a molecule called adenosine triphosphate (ATP). This is the "energy currency" that your cells use to perform many of their functions. ATP is depleted quickly when you do intense exercise.

Which brings us back to creatine. About 95% of the body's creatine is stored in the muscles in the form of a molecule called creatine phosphate.

The more creatine we have, the more energy we can produce in our muscle cells during high intensity workouts. This leads to improved performance.

Although the main benefits of creatine are increased energy production, it can also increase strength and muscle mass gain.

The role of Creatine in high intensity workouts Research suggests that creatine is one of the most effective supplements available for high intensity exercises.

In fact, several hundred of studies have looked into its effects. More than 70% show a positive effect, while the other 30% show a small or insignificant effect. Meanwhile, no negative effects have been found.

Improvements range from 1 to 15%, on average. The upper end of this range could take months or even years to get just from training alone without supplementing.

In one study, creatine was shown to significantly reduce the time it takes to complete 40-meter sprints.

Another study found a 3.7% improvement in cycling power after a 4-day creatine load. Other research also shows that it can improve the performance of the running sprint.

Among soccer players, creatine improved sprint speeds of 5 and 15 meters. It has also been shown to improve sprint and jump performance, which can be beneficial in a variety of team sports.

Creatine for strength and power exercises Creatine is also one of the best supplements available for strength and power based exercises.

This is because ATP energy is crucial for these exercises. They are often of short duration (less than 30 seconds) and are performed at a very high intensity.

A 6-week training study found that creatine helped see a 15% increase in weight (11lb or 5kg) to a 1 rep max bicep curl.

A weight training study found that creatine increased the maximum in squats and strength in the bench press.

The same study also reported a 20% increase in testosterone levels in the creatine group, compared to only 5% in the non-creatine group.

Another study tested explosive power and weight-lifting strength, finding that creatine helps improve explosive jumps and the number of repetitions for the bench press.

While creatine is beneficial for short-duration, high-intensity exercises, research shows it has fewer benefits for lower-intensity resistance exercises.

A large review of the research also found significant improvements for short-term work, but less beneficial for resistance exercise.

Endurance exercises are low intensity and less dependent on rapid ATP regeneration. This makes the role of creatine less significant.

However, a possible benefit of creatine is its ability to improve your training sessions, which can, in the long term, improve overall endurance performance.

In one study, an increase in the number of intervals and the subsequent amount of training that endurance athletes were able to complete was noted.

Therefore, creatine can provide a benefit for endurance athletes that include sprints, high intensity intervals, or strength work in their training.

How to Use Creatine There are various forms of creatine available, some of which are highly marketed as a very promising product, but be aware, most of them are not really backed by research.

The most studied and tested form is creatine monohydrate, with hundreds of studies to support its safety and effectiveness.

Creatine supplements can increase muscle creatine stores by 10–40%, depending on your metabolism and your current creatine levels.

A loading phase is the fastest way to maximize the amount of creatine in the muscles. It involves taking a high dose for a few days, and then a lower dose afterwards.

This generally means 20–25 grams of creatine per day, in 5-gram doses, for 5–7 days. This is then followed up with a maintenance dose of 3-5 grams per day.

Some research has shown that creatine absorption can be enhanced with protein or carbohydrates, so it may be best to take it with a meal.

Creatine is one of the most scientifically backed supplements on the market. One form, creatine monohydrate, has been studied more extensively than others, so you should focus on finding that one if you're thinking of supplementing after reading this!

A typical dose is 3 to 5 grams per day, but you can also take 20 grams for 5 days to quickly boost your muscle creatine stores.

In high intensity exercises, creatine can improve performance by up to 15%, and it can also help you gain muscle and strength.

Creatine has little to no benefit to low-intensity resistance exercises, but may be beneficial if you also include high-intensity exercise in your workouts.

Additionally, creatine is safe for long-term use. No research has shown long-term problems in healthy people.

If you can't wait to supplement with creatine, be sure to follow the tips we gave you during this blog post and make the best decision according to your needs! Mix it up with Falcon Protein for better results. 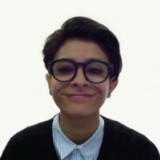